(Frankfurt/Main, 21. September 2021) Kombiverkehr KG is continuing to expand its range of products on the Mediterranean routes serving Spain. As of today, a fourth round trip per week and direction is being added on the route between Ludwigshafen and Barcelona Morrot for customers from the haulage and forwarding industries. Alongside tank containers, the newly created capacities should particularly benefit semitrailers. "The trailer trend continues unabated. We anticipate a further rise in the number of semitrailers that are to be transported on climate-friendly rail, which is why we are taking this early step of adapting our product range on what is such an important corridor for the transport sector," explains Managing Director Alexander Ochs. "We are expanding our capacity for trailer transport by more than 30 per cent not only with new train departures, but also through the greater use of T3000 megatrailer double pocket wagons for semitrailers with a clear interior height of three metres."

An additional train leaving the Kombi-terminal in Ludwigshafen for Barcelona will be offered every Tuesday, with the train heading in the opposite direction from Barcelona Morrot to Ludwigshafen departing on Thursdays. At both terminals the closing time for acceptance for trailers, containers and swap bodies is 20.00 hours. Assuming a laden weight of 25 metric tons, almost two tons less CO2 per transport unit will be emitted over the more than 1200 kilometres of the route compared with end-to-end road transport. That means forwarders and the freight industry will cut air-polluting emissions by more than 80 per cent. The Frankfurt intermodal operator offers onward gateway services from Ludwigshafen to the north and northwest in a one-stop shop process. "The integration of Ludwigshafen into the Duisburg Ruhrort Hafen gateway hub, the innovative rapid-transfer facility in Hannover Lehrte and Moerdijk in the Netherlands enable us to offer a large number of rapid onward connections, particularly those serving Scandinavia and the Baltic states. With Kombiverkehr and the ferry services of our shipping partners, Sweden, Finland and Lithuania can now be reached all the way from Spain by train and ferry," says Ochs. 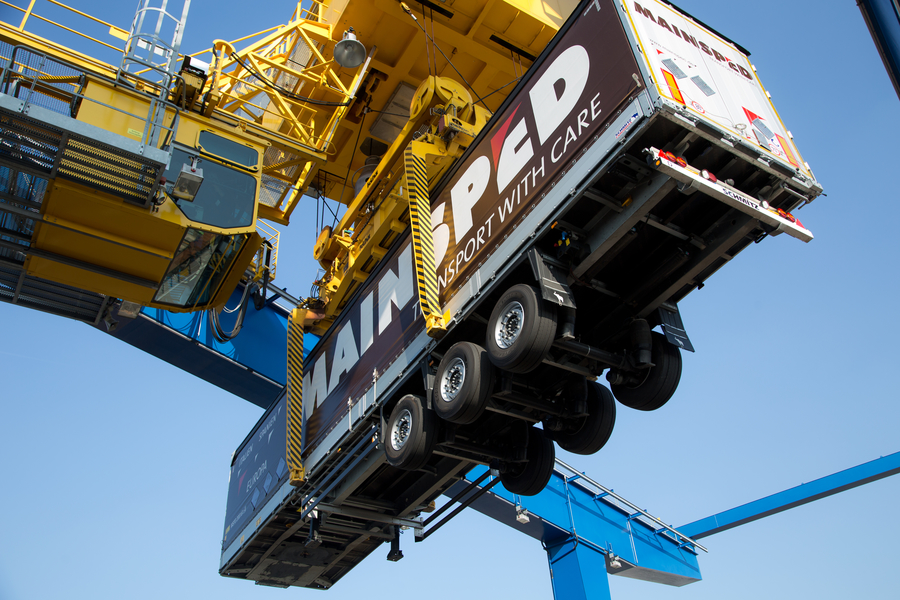 From now on, Frankfurt-based Kombiverkehr KG is offering 30 per cent more capacity thanks to new trains serving the Mediterranean route between Ludwigshafen and Barcelona.