(Frankfurt/Main, 3 January 2022) On 31 December 2021, Robert Breuhahn stepped down from his post as managing director of Kombiverkehr KG. Breuhahn had held the reins of the Frankfurt am Main-based partnership since October 1993, most recently with responsibility for the sales, production, corporate communications, legal and insurance portfolios. "Combined Transport without Robert Breuhahn is actually unthinkable. With his tireless commitment, objective analysis, fairness in dealings with customers and reliable nature as a person, he played a key role in shaping and driving the success of Combined Transport in Germany and Europe over a number of decades. He enjoys the unreserved confidence of forwarders, in some cases spanning generations," says Hermann Lanfer, chairman of the partnership's Administrative Board. "His personal achievements and performances as managing director have been extraordinary and are a lasting legacy for the company and the logistics industry. The members of the Administrative Board, the limited partners and the staff of the company would like to express their sincerest thanks to him." The company will be able to call on Breuhahn's expertise in 2022. Having joined as his successor in January 2021, Alexander Ochs will now form the twin management team at the top of the Frankfurt operator along with Armin Riedl.

Robert Breuhahn completed an apprenticeship as a logistics manager before going on to study transport economics at the German Foreign Trade and Transport Academy (DAV) in Bremen from 1974 to 1976. He began his career in the commercial department of Kombiverkehr on 1 March 1977, continually taking on greater responsibility over the following years. His first managerial role was as head of the national sales department, after which he took over responsibility for national and international sales. Finally, he was appointed managing director of the company on 1 October 1993. Robert Breuhahn also represented Kombiverkehr in organisations and associated companies at national and international level, such as Bohemiakombi, Roland Umschlagsgesellschaft, Lokomotion GmbH and the European umbrella organisation, the UIRR, of which he was president from 2012 to the end of 2013. 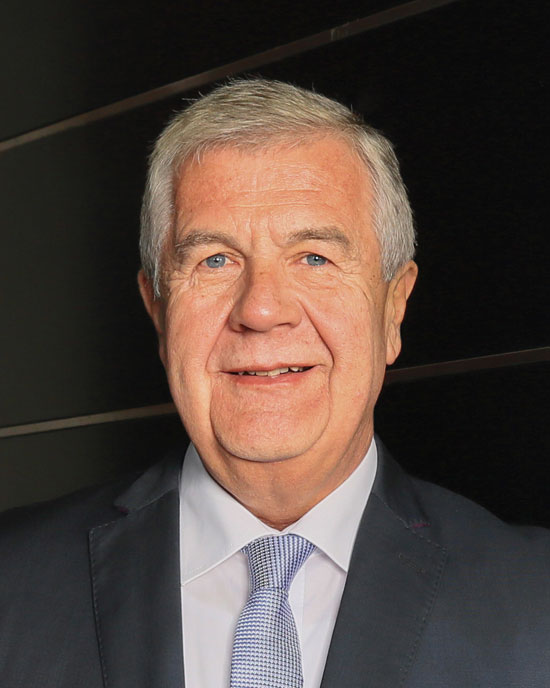 After 28 years Robert Breuhahn stepped down from his role as managing director of Kombiverkehr KG on 31 December 2021. He will continue to assist the company in an advisory capacity.

The press photo can be downloaded here.
Back to overview
Previous 17 | 705 Next